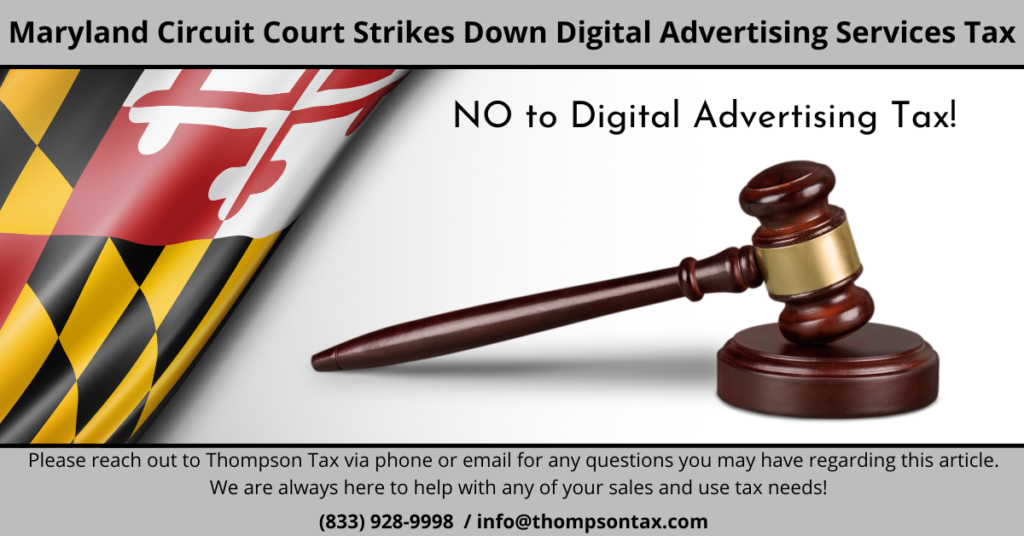 On October 17, 2022, Circuit Court Judge Alison Asti ruled that Maryland’s Digital Advertising Services Tax (DAT) which went into effect on January 1, 2022, violates the Internet Tax Freedom Act (ITFA) which prohibits discrimination against electronic commerce, the Commerce Clause which prohibits state interference with interstate commerce, and the First Amendment of the U.S. Constitution.  The Maryland Comptroller is expected to appeal the decision, but for now, although taxpayers are subject to estimated tax provisions, they are no longer required to file a return or pay the DAT. Taxpayers who have already paid the DAT during 2022 should plan to file refund requests if the decision is not overturned by a higher court.

The Maryland DAT, which is the nation’s first tax on digital advertising, is being addressed in federal courts as well.